Technomate TM5402 HD M4 is a brand new high definition USB PVR ready satellite receiver with one embedded multicrypt card reader and one common interface CAM slot. This bundle is combined with a massive 1TB HDD to enable you to record your favourite channels. The 1TB HDD will be plug and play as we will do the initial configuration and do a Test Recording.

Based on the highest rated satellite receiver…ever! (92% by What Satellite magazine*), the new HD MK4  range is even better!

Replacing the M3, the M4 has an updated menu system, 20,000 channel memory, apps such as Youtube and Radio, a comprehensive media player and comes with a high-end, user-friendly remote control. And it still has an RF modulator!

With the TM-5402 M4, you can watch channels in High-Definition (HD), Full HD 1080p with Dolby Digital Plus to give you a superior audio experience.

Use the 1TB USB Hard Disk Drive (HDD) to record all your favourite channels, playback many types of video formats, listen to your music and watch a slideshow of your photos. What’s more, you can record up to 2 channels (on the same transponder) whilst watching a file from your USB HDD or watching another channel on the same transponder.

Download a channel list by USB and also upload them as a backup. You can also play various video formats using the built-in media player.

The satellite receiver has a channel memory of up to 20,000 channels therefore you will never run out of space to store your TV & Radio channels.

For searching, there’s a hardware blind search tuner which is much more accurate than a software blind search. The satellite tuner is super sensitive to pick up weak signals and weak transponders.

To watch the same channel on another TV, there’s an RF modulator at the rear of the satellite receiver, so you can watch all your channels in your bedroom (requires a cable to be connected from the RF modulator to the second TV). When combined with an amplifier, such as the TM-4 AMP B, you can watch on multiple TVs. Please note, the TV must have an analogue tuner. If your TV has a digital-only tuner, you will require a digital HDMI modulator such as the TM-RF HD IR. 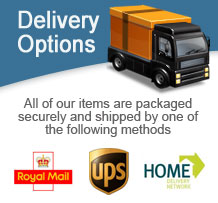 Keep up to date with our latest news, offers and promotions by signing up to our newsletter or by following us.